The Yarra Valley is considered a cold climate – but is it really?

As I poured a glass of the 2008 Coldstream Hills Pinot Noir to take the edge off last Sunday’s mustard crusted lamb racks (which, I admit, were worthy of a Master Chef elimination), I pondered the “cool climate” regionality claimed by the winery. Is the Yarra Valley, 50kms northeast of Melbourne, really a cool climate?

Definitions as to what is a “cool climate” do exist but often, are quite loosely applied. The International Cool Climate Wine Show defines a cool climate wine as one coming from a vineyard south of latitude 37.5 degrees south, or north of that latitude where the region has an average January or July (depending upon hemisphere) temperature below 19 degrees, or where the vineyard is above 800m in altitude. On the other hand, other Northern Hemisphere definitions categorise cool climates by the average temperature of the seven months of the growing season. This is often referred to as “growing season temperature” or “GST”. By this definition, in order to be a cool climate, the region has to have an average temperature between 13 and 15 degrees over that seven-month growing period. To put that in perspective, cold regions such as Tasmania has a GST of about 14.4. degrees and Central Otago, 14.8 degrees. The definition is intended to capture vineyards where the vigneron faces the struggles of slow ripening fruit and the real risk of vine damage in winter. It is often said (particularly by cool climate winemakers) that their climatic conditions are challenging, but result in better quality wines through the retention of acid, lower alcohol levels and better minerality.

So by this type of definition, regions like the Adelaide Hills are borderline as to whether they really are a cool climate and the Yarra Valley, with a latitude of 37.7 degrees and an altitude well below 800m, perhaps doesn’t make that definition. Yet, the two regions are quite widely regarded by consumers and experts alike as being worthy of the “cool climate” tag. 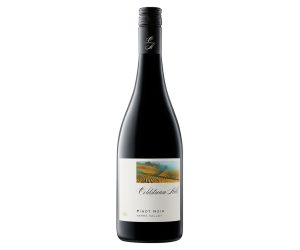 But to be honest, as I pour a second glass of the Coldstream Hills Pinot Noir, I couldn’t care less whether it came from north or south of the 37.5 degrees south latitude. It’s a delightful but gamy style of Pinot with stewed plums on the nose and ample spicy characters to support a “cherrification” across the palate. There are ample fine tannins and the finish has the poise and grace of an Olympic gymnast!

The region may only be “coolish” by world standards, but the region is undoubtedly one of the country’s better Pinot-producing regions.