Pour for me Argentina

Pour for me Argentina Tainted brand, unsophisticated marketing or perhaps just snobbery and bias, but the lack of Australian support for the Argentinian Wine industry is just plain bizarre. And I am not for one moment suggesting that we should unpatriotically turn our backs on our own wine industry, but when an international flavour is the order of the day, why must we always think French, Italian, or, god forbid New Zealand?

The first Argentinian grape vine cuttings are thought to have been planted in Santiago del Estero in the 1550’s during the Spanish colonisation. So against that background, it probably isn’t surprising that it was varietals of Spanish origin that have been the backbone of Argentina’s viticulture. Even now, the leading white grape by production is Pedro Gimenez, a grape of Spanish origin that is traditionally used to make sherry. It accounts for about 35% of total white wine production while Torrontes (a style also marketed in Spain but thought to be genetically unrelated to the native Argentinian grape), accounts for about 30%. Ironically, the only Argentinian white wine we seem to find much of in Australia is their Chardonnay – which represents only about 15% of the white crop.

And just as Australia has ridden in the sheep’s back since the early 1900’s, so to have the Argentinian winemakers pinned their hopes on the commerciality of the Malbec grape. It accounts for 33% of the countries’ red wine production and is the leading export for the industry. About 75% of the world’s Malbec vines are in Argentina! It was the French who introduced it to the country and it does exceptionally well in the climate where the hot dry conditions (especially around Mendoza) allow it to produce fruit which is dark, rich, powerful and ripe. Once vinified, the Malbec wines are typically bold, fruit driven, but with high levels of tannin that will settle after a short period spent in a decanter. But it seems that the Argentine winemakers, in producing a brooding rich red wine at an unbelievably low price point (thanks to low wages and other costs in Argentina) have been the author of their own misfortune in creating an expectation amongst consumers that it’s only worth ten bucks a bottle! So as currency exchange rates and inflation fluctuate and costs increase locally, there are real challenges ahead, but their wines punch well above their weight if you’re prepared to take the chance that you might swing and miss occasionally. 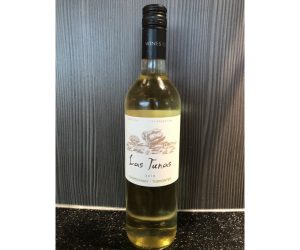 A European airport lounge that I recently found myself in served the Las Tunas 2016 Chardonnay – Torrontes; a blend from the San Juan region. The nose is very tropical and on the palate, there are delicious mango, pineapple and lychee characters, with a hint of nectarine at the back end. And like most from the region, it’s as cheap as chips!

So if you’re the “Betty Bargain Hunter” type in the liquor store, don’t let the fear of the unknown stop you from a bit of South American experimentation!