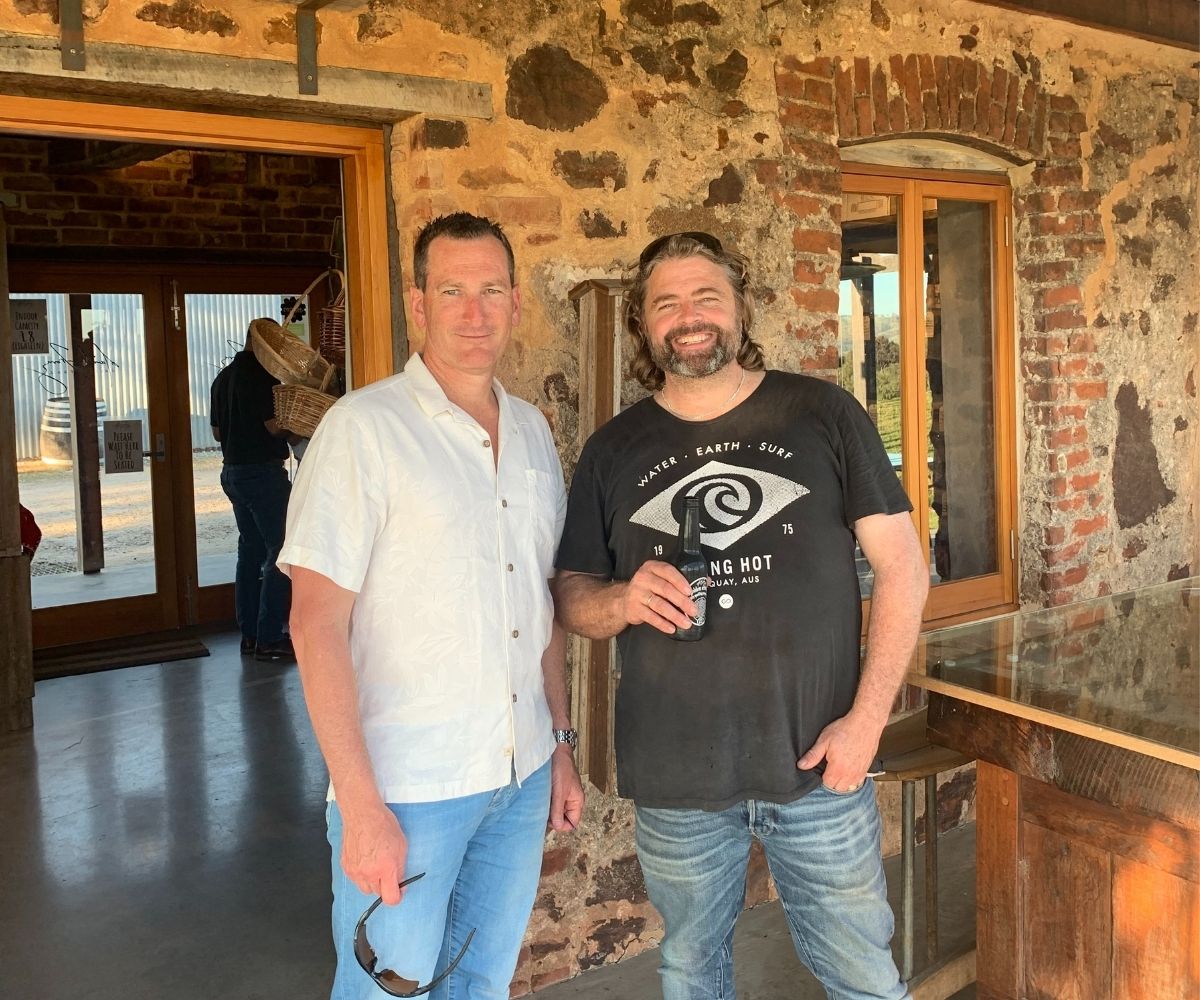 The Australian Wine industry is recognised and valued globally for the remarkable character of our wines. Here, at home, we also recognise the characters who produce a ‘good drop’; the early pioneers, the industry stalwarts, the entrepreneurial winemakers and the lovable larrikins who ’do it their own way’.

Regardless of background, upbringing or education, these uninhibited and high-spirited characters share a passion for wine and the lifestyle associated with the ancient art of transforming grapes into drinking pleasure.

From Grange founder, Max Schubert, to the enigmatic wine judges and writers such as Len Evans and James Halliday, Australia has more than its share of accoladed and recognisable ‘wine treasures’. Behind the spotlight, however, are the other lesser-known yet equally talented winemakers who are making their mark and carving a fine reputation as they master the alchemy of winemaking.

One such alchemist is the noteworthy South Australian winemaker, David Franz Lehmann. Whilst he may be the son of the legendary Peter Lehmann, Dave is very much his own man, a ‘rascal’ of a character producing fine artisan wines in his boutique Barossa Valley winery. Surprisingly, growing up, Dave never wanted to be a winemaker and dreamed of being a cartoonist or graphic designer, avoiding the pressure of following in his father’s footsteps. “For me, it was about really desperately wanting to do my own thing. I just wanted to do something on my own terms and gain success out of my life on my own back,” Dave said.

However, following his marriage and a trip around the world, Dave returned home and decided wine was in his blood as he began working in and ultimately managing the Lehmann vineyards, involving himself in the entire process from pruning to bud burst and all the way to vinification. Ultimately, Dave eschewed the temptation to use the famous family name and created the David Franz label; utilising his childhood dream of being a graphic designer in the creation of beautiful, tactile labels which he designs and silkscreens onto each bottle, applying his moniker with his own hands to each premium bottle that leaves the cellar door. Today, his brands are as noteworthy as the iconic reds of the Peter Lehmann label.

Last month I was fortunate enough to visit his cellar door at Stelzer Road Tununda with a bunch of Sunshine Coast mates who made the journey south. As is usually the case, David was holding court with streams of visitors on a busy Friday afternoon. In his affable and engaging way, he found time to chat to the dozens of very interested visitors and locals alike – and even found time to educate the unsophisticated “cane toads” from the Sunshine State. The David Franz range has everything from Semillon to Riesling and Chardonnay to Grenache. However, if the volume of cases ordered by my mates Ricky Chan and Cam Hall are any guide, it was the Benjamin’s Promise Shiraz and the Georgie’s Walk Cabernet that were the stars of the show.

The Barossa Valley is meant to be all about ripe and juicy shiraz, so the quality of the David Franz cabernet is a little surprising. Named after his daughter, the Georgie’s Walk sells at $50 a bottle cellar door and is as rich and powerful as it’s shiraz sibling. Upfront there are hints of blackcurrant and Ribena, but once on the palate, the brooding red fruits flex their muscle and power across the liquorice laden middle and into the cassis and fennel conclusion. There are ample tannins to control the playful jubey fruit through the finish and a spiciness lingers well after the last sip is taken. You can’t compare it to the tight and peppery styles that are found on the Limestone Coast, but when it comes to value and palate-pleasing capability, the Georgie’s Walk is a clear winner!

See this article published in the Sunshine Coast Daily here.