Despite living in the shadows of South Australia’s high profile wine regions, Langhorne Creek boasts a remarkable history and has been a prolific contributor to the development of the Australian wine industry.

The region is thought to have first been settled by cattle drover, Alfred Langhorne in about 1840 and by 1981, the first Shiraz and cabernet vines were planted at Metala Vineyards. Remarkably, these same vines on the Old Blocks and The Cellar Block (as they are now known) are still producing the fruit for today’s premium wines.

The rich heritage of the region has only been enhanced since Metala won the first ever Jimmy Watson Trophy in 1962 and the first wine bearing the Wolf Blass Label which was released in 1967. Since then, other local producers have made outstanding wines that have earned them an almost cult-like following including household names like Bremerton, Orlando, Bleasdale (which dates back to the 19th Century!) and Zonte’s Footstep.

Cabernet from the region enjoys a formidable reputation but to my palate, it is their shiraz that deserves the accolades. And perhaps ironically, one of my favourites is made by a Hunter Valley based winery, that recognises quality, and has chosen to import fruit from Langhorne Creek to make one of their premium level shiraz. 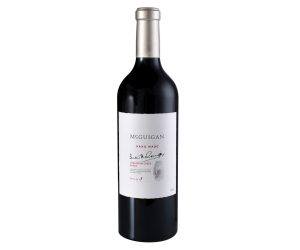 The McGuigan Hand Made Shiraz 2013 is currently on the shelves at around $45 to $50 a bottle but is worthy of the price point. There is a richness from the first sip as the ripeness of the fruit unfurls in cavalcades of chocolate, juicy ripe plums and black cherries. There is perhaps also a vanilla edge that develops through the middle.

Despite the intensity and denseness of the dark fruit, a solid spine of acid ensures respectable structure and gentle tannins round out the finish just nicely.

It looks like my homework is done for Sunday afternoon’s family BBQ at mum’s place!