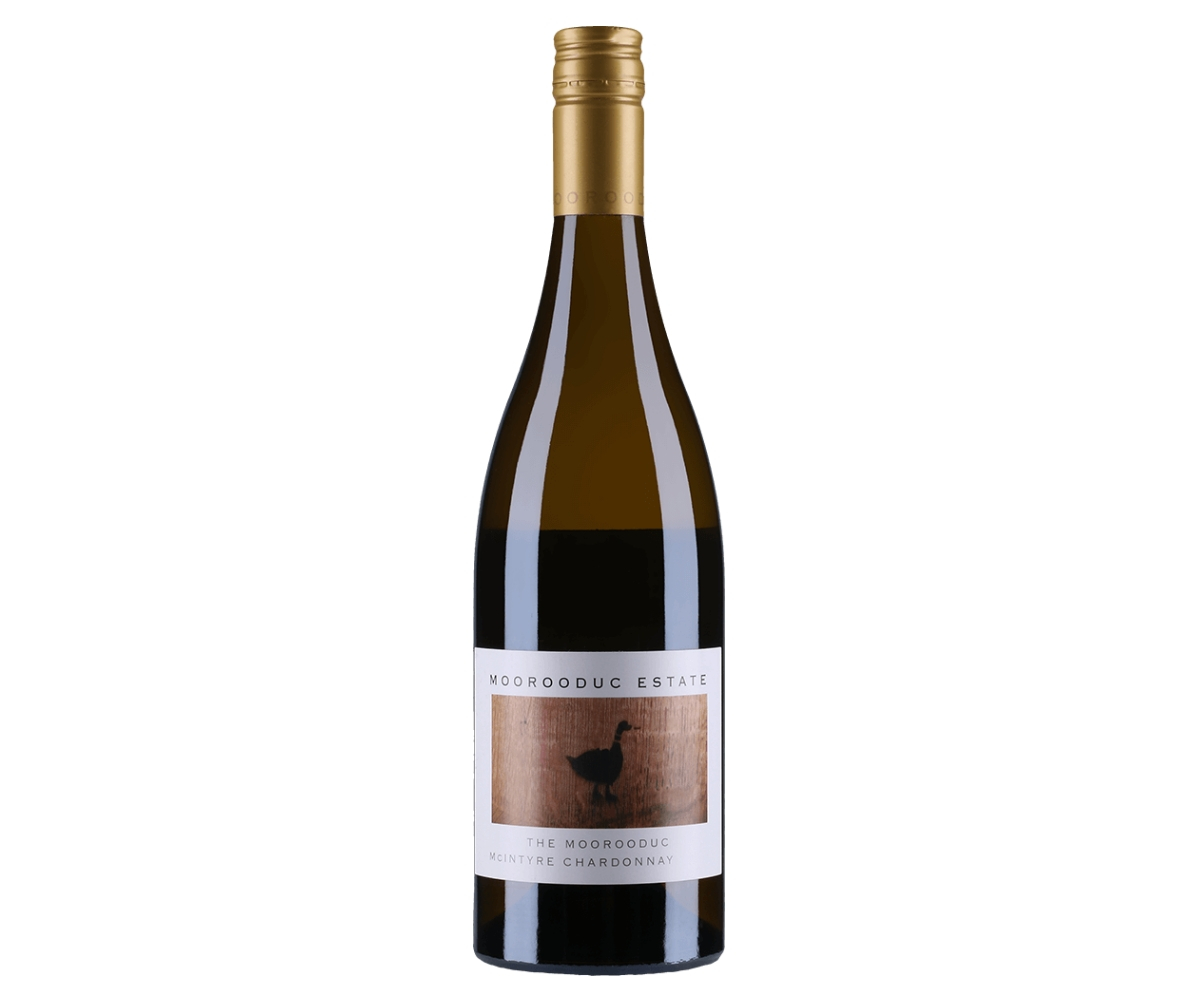 I may be stealing a song lyric from over a decade ago but, as Fats Domino famously sang, “I’m in love again”! I have always said that Chardonnay is the most regal of white wine varietals, but in recent years, some of the lean unoaked styles that have hit the mainstream market took a bit of the gloss off our courtship. But having tried the Moorooduc Estate 2014 McIntyre Chardonnay, I think my infatuation with the style has seen our relationship reach a point at which this object of my affection needs to meet my mother!

Chardonnay is Australia’s most commonly planted white grape so the chances of me “swiping right” at some point, were probably pretty good, but it was the McIntyre Chardonnay which has recently enamoured my taste buds. When William Shakespeare said that “love looks not with the eyes, but with the mind”, he apparently hadn’t just sampled this creation of Mornington Peninsula viticulture or he would have included a reference to taste and smell as features of his endearing encounter.

The Moorooduc Winery was established in 1982 by Richard and Jill McIntyre at Derril Road, Moorooduc. While the restaurant at the Vineyard serves up world-class plates driven by Jill’s “local, seasonal and organic” philosophy, it was the cellar door that caught my attention during a recent visit. There, the walls are adorned with bottles upon bottles of Pinot Gris, Pinot Noir and Chardonnay, whilst at the tasting counter, generous pours of most of the range are available all through the week. On weekends, lucky visitors are also likely to be treated to a sample of Richard’s freshly baked sourdough bread. Moorooduc Estate McIntyre Chardonnay 2014

On the Mornington Peninsula, it’s the Pinot Noir which generally grabs the headlines like a misbehaving 80’s rock star. And for good reason. The region consistently produces a juicy and delectable red berried style of Pinot Noir that can beguile you with its complexity. But for me, Moorooduc Chardonnay is “heaven sent”. The entry level 2015 Moorooduc Estate Chardonnay is very drinkable and smacks of citric elegance and white stone fruit and at $38 a bottle is fair value. But at the top end, the McIntyre Vineyard Chardonnay is truly something else. The fruit for this masterpiece is selected from the oldest Chardonnay parcels at the Vineyard and is harvested by hand and pressed in whole bunches. Despite William Shakespeare’s experience, for me, my infatuation with the wine started with the eyes – and in particular, the deep gold translucence that was evident in the glass. It was an attraction which emboldened with a whiff of peach and cinnamon on the nose and left me besotted with the cavalcade of nectarine and buttery nuttiness that followed as the wine caressed my tastebuds right across the palate. Oh I love the work of malolactic fermentation in the barrel!

At as much as $65.00 a bottle, the McIntyre Vineyard Chardonnay is a tempting, but expensive femme fatale, but one whose lusciousness needs to be experienced to be believed. She may be a voluptuous enchantress but this siren of Victorian viticulture will have you falling head over heels in no time!