Chilean Sauvignon Blanc could be the next big thing

Among white wine drinkers, sauvignon blanc is a name on almost everyone’s lips these days and perhaps somewhat ironically, the Old World regions steeped in the tradition of Sauvignon Blanc production are having to make way for the relative newcomers with their fresh and zesty styles that have taken the world by storm.

The sauvignon blanc grape originated in the Bordeaux region of France where it typically produces a crisp and dry style of aromatic wine.

About 400 km to Bordeaux’s north, the Loire Valley has enjoyed tremendous success with the grape and for hundreds of years has been responsible for making some of the highest rated sauvignon blancs in the world.

But in recent decades some of the so-called “New World” regions, like Washington, California, New Zealand and even South Africa have taken the mantle and made styles of sauv blanc that consumers have taken a shine to.

Where the style was once about aromatics up front and a green grassiness and crisp acidity in the finish, these days winemakers have been crafting examples that show more tropical fruit and youthful exuberance through the palate and in doing so, have stolen the limelight from the traditionalists in France.

In Australia, we see a lot of the pungent Marlborough sauvvies that are highly perfumed on the nose and often lolly water through the palate.

There’s no doubting their commercial prowess if high volumes are the litmus test of success. But I suspect that their days are numbered as consumers spurn the sweetness of the fruit salad in a bottle that the kiwi’s masquerade as white wine.

Just as the heavily wooded chardonnay’s rose to prominence through the 1980’s and then fell away through the 1990’s, I see the star of Marlborough sauvignon being very much on the wane.

During a recent visit to Chile, I spent some time in the Casablanca Valley, about an hour out of Santiago. There, vineyards were only planted by the industry pioneers in the 1980’s but already the region is gaining acclaim for the quality of their sauvignon blanc (the locals say that their chardonnay is also exceptional, but I couldn’t agree with that based on the few that I sampled).

The pre-eminent Casablanca producer is undoubtedly Veramonte; the winery established by Chilean wine pioneer Agustin Huneeus in an area where the cool breezes from the Pacific Ocean and a clammy a cool morning fog would make for ideal growing conditions for white varietals. 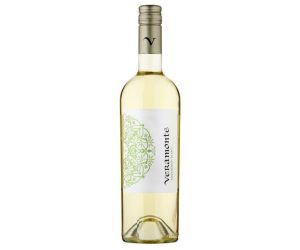 During our recent tour of the winery and vineyards, our host, Constinza Osorio explained that Veramonte honour both organic and biodynamic practices in the vineyards and eschew any use of chemicals or artificial compounds in the winemaking process. She was forthright enough to privately agree that the chardonnay probably wasn’t a patch on that of Australian winemakers, but she loudly espoused the virtues of the Veramonte Sauvignon Blanc, proclaiming it to be the “best in the world”. And while that perhaps overstates its global status, she was right that it’s seriously good stuff – way better than any Kiwi example I’ve tried!

The first the Constinza poured for us was the Ritual 2016 which was a rather yellow colour in the glass with just a greenish tinge on the edges. There very some lovely honeysuckle and guava notes on the nose but it was quite lineal across the palate.

On the other hand, the 2018 Veramonte Sauvignon Blanc was vibrant, intense and fresh. There were a plethora of nettle and tropical fruit characters on the nose, but soon followed by citrus, tangerine and gooseberries through the middle.

The balance of acid and fruit was sublime as the youthful zestiness and abundance of fruit morphed into gentle acidic dryness on the conclusion. It’s everything a sauvignon blanc should be!

You might not find it widely available in Australian liquor stores, but keep an eye out for Chilean sauvvies as if my palate is any guide, I reckon they could be the next big thing!