It’s a fizzy time of the year….

It’s a fizzy time of the year…. From Jingle Bells to “ho ho ho” and all the way to “Happy New year”, the sound of popping corks is a prominent feature of the festive season all around the world. So much so, that according to French data, two-thirds of total annual champagne sales occur in the months from September to December!

And it seems that Australians also love their French fizz. According to 2016 figures, Australia is the 6th largest export market for French bubbles after the UK, USA, Germany, Japan and Belgium. Each year we pop over 6 million Champagne corks, a number which is a far cry from the 170 million bottles that the French imbibe themselves. The big story for Champagne, however, is the rapid growth in the Japanese market. With year on year growth of over 20 per cent, Japan has now overtaken Germany in value of annual sales and is heading towards sales of over 13 million bottles a year. The surge in support from the Land of Cherry Blossoms has been somewhat of a salvation for the premier French industry as weak consumption in the UK has put a dent in export numbers in recent years.

With so many choices of bubbles available to Australian consumers, random discounting by the “supermarket retailers” and thousands of offerings from boutique producers, deciding the best option for our budget is never easy. So, what type of fizz should we be drinking this silly season? Is the French product worth its lofty price tag? Do spumante and prosecco offer better value for a festive season tipple? Or should we support the smaller producers and their artisan offering? Given that so many bottles of sparkling white are poured at this time of year, I thought I might road test a few of the better known and widely available labels in the search for festive value.

The Chandon Brut rose is a chardonnay and pinot noir blend with a pink hue. It sells at around $18 a bottle and has nice strawberry and raspberry characters and an acidic crispness to the finish. But personally, I find it a touch flabby for my palate.

The Grant Burge Pinot Noir Chardonnay NV sells at a similar price point ($17) but shows a lot more biscuit and stone fruit nuances. I’d take this over the Chandon, any day! If you like a sweeter and fragrant style, the Asti Ricccadonna spumante is always a crowd favourite at less than $10 a bottle, but you’d want to have a strong stomach!

And if prosecco floats your boat, the Freixenet NV has an attractive dimpled bottle and a pretty citrus and apple mid palate. It’s a fleshy style that balances fruit and acid and at less than $20 a bottle, represents terrific value. 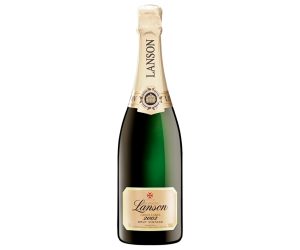 But if the “real thing” is on your shopping list, there are dozens of Champagnes to choose from. They’re typically much more expensive than sparkling whites and prosecco, but the Lanson Gold Label Brut at about $65 is as good as you’ll find at less than $100 a bottle. There’s a toasty nose followed by green citrus tightly wrapped in lemon sorbet and delivered to the back palate with lashings on natural acidity. Way better than Moet and I’d give you two bottles of Veuve for one of these!

But as with any wine, the best one for you is the one that your palate finds most attractive. So be brave, try something new and may the sound of popping corks bring new experiences, happiness and mirth this festive season.