Are ‘organic’ wines really worth the hype? Probably not.  I’d rather take it on a case-by-case basis.

Biodynamics, Organics and “least intervention” agriculture are buzzwords that are seemingly taking the world by storm. Not only do manufacturers and retailers espouse the virtues of these uber-hip products but now, organic labels even have their own aisle in most of the major supermarkets. And the liquor industry is no exception to the organic phenomenon. You’d have to be living under a rock to miss the proliferation of bottles in your local outlet promoting the righteousness of organic certification of the product and even the biodynamic practices respected in the vineyard.

But are these “organic” wines better than the alternative? Do they really reduce hangovers? Are they the Holy Grail of oenological pursuits?

I have previously gone on record as being a disbeliever in the virtues of biodynamics and its spirituality, mysticism and hocus-pocus. This “anthroposophic agriculture” was the subject of a series of lectures by philosopher Rudolf Steiner in 1924 and somehow gained traction in mainstream viticulture. But I’m a non-believer. I Have no difficulty with the idea that humans have a responsibility to manage the ecological environment, but I struggle with the idea that astrological planting and harvesting improves the outcome, and that cosmic forces can be harnessed for a better crop performance. I don’t resile from my (uninformed) view that it’s witchcraft by another name!

But organic production is a practice that I do believe can genuinely benefit the consumer; even though less than 10% of bottled wine sold in Australia is certifiable under the “organic” label. And it’s not because there are any discernible benefits from the lower sulphites (which are often wrongly accused of causing headaches from consumption) or due to the lack of pesticides and herbicides used in the vineyard. For me, it’s all about the careful stewardship that comes with the organic practice. The winemakers can’t rely on chemicals to ensure fruit quality so attention to detail is a necessity.

But are organic wines any better than their non-certified competitors? Well, if you ask me, the short answer, is “ it depends”. I’m sorry to have to sit on the fence and get splinters in my backside in the process, but it really is a case by case (pardon the pun) proposition. Some organic wines are really quite good, while others are in the “also ran” category.

I recently tried the wares of a mob that trades off the “organic” tag, The Natural Wine Co and their range from the Central Ranges of New South Wales. Their labels not only proclaim their organic status but make the observation that their product is “vegan-friendly”. I struggled to enjoy their red and rose but their 2018 Sauvignon blanc was pretty good for the $18 ask. The nose carried tropical fruit and guava aromas but on the palate, pineapple, citrus and cumquat gained prominence before a dash of green gooseberry channelled the finish. I’m not going to pretend that it might rival some of the cooler climate savvies from the hills around Adelaide, but it was drinkable – and sans additives! 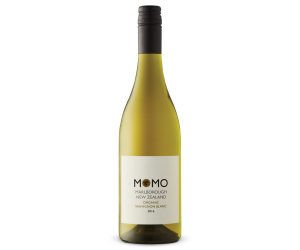 If you’re hellbent on an organic sauvignon blanc, the Momo Marlborough Organic Sauvignon Blanc 2016 is probably a better option. It’s not your typical Marlborough sugar bomb as the tropical fruit is evident, but more subdued and god forbid, credible. There’s a delicate ripeness to the fruit before it meets a mineralic crispness on the conclusion. Pretty good for a $20 wine and its organic fruit grown with minimal intervention will tick a few boxes for the organitarians in the crowd!

So, on the whole, I don’t think organic practises improve the product in the glass, but it doesn’t have to be a barrier to quality either.