A Taste of Italy

A Taste of Italy It could simply be logistical challenges and the tyranny of distance, or perhaps because Australian made wines offer such good value for money, but lovers of Old World wines aren’t exactly spoilt for choice in our local bottle shops.

The term “Old World” simply refers to regions that are considered to be the birthplace of winemaking: so broadly that’s Europe and the Middle East. So I guess it shouldn’t be surprising to find that the shelves of our local outlets are so sparsely populated by Old World styles.

Generally speaking, the European styles tend to be less fruit forward, leaner and more constrained by body than their Australasian counterparts. But their reds are undoubtedly built to last and many styles will cellar well for decades.

And if Italian reds are the order of the day, rather than taking your chances with unknown imported labels, there are some savvy Australian winemakers who have embraced these varietals and are now turning out very approachable wines that also offer cellaring potential.

One of the best I’ve found is Seville Hill in Victoria’s Yarra Valley. There, winemaker and co-owner John D’Alosio is making some of the finest Cabernet and Shiraz that I have seen in the region, but also dabbling in some Old World styles like Sangiovese, Barbera, Nebbiolo and Tempranillo. John tells me that he’s the only producer in the Yarra Valley of “all four Italian red grapes” though I am not sure that the Spanish would agree that Tempranillo can be claimed by their Italian friends as their own! 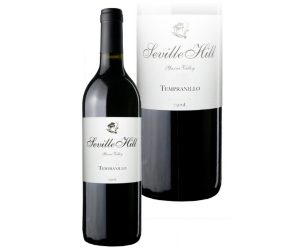 The Tempranillo ($35) is softer than many I’ve tried and oozes chocolate, cedar and tobacco through the palate. Some 18 months spent in French Oak has certainly mellowed it somewhat. The tannins are obvious but far less chewy than you see in the Spanish styles like Rioja.

John’s Barbera ($35) is similarly constrained in body and delivers hints of strawberry, aniseed and molasses before tannins appear across the finish and leave a dry but juicy conclusion. You could easily substitute this Barbera for a cool climate Pinot and it would work just as well in a

food pairing with any duck or game dish.

The Seville Hill Sangiovese ($35) is also relatively light in body and exudes ripe cherries on the nose before flavours of raspberry and dark plums appear through the middle. It’s enjoyable now but will likely improve over the next five to 10 years.

But the superstar of the stable is the Seville Hill Nebbiolo. John concedes that its’s “still in nappies” but already is hinting at its potential. The Nebbiolo grape is used in Italy to make what is arguably their flagship red, Barolo. In the Piedmont Region, the local winemakers use the Nebbiolo grape to craft a dry, tannic red that is light in colour but typically all about “tar and roses”. While the Seville Hill version shows hints of violets, prunes and a herbaceousness right now, it is still youthful, and I suspect could be a standout in 15 years’ time! If only I could be that patient?

A taste of Italy is certainly a treat for the palate, and with clever producers like Seville Hill within our shores, now it’s closer than you might think!